Founder and President of the “Libera” Association 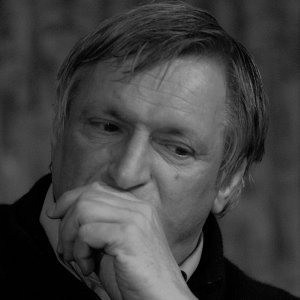 Luigi Ciotti was born in 1945 at Pieve di Cadore (Belluno) and in 1950 emigrated with his family to Turin. In 1965 he formed ‘Gruppo Abele’, a group of young people that initially worked in juvenile detention centres, and then set up the first reformatory for adolescents as an alternative to prison.

After completing his studies at the Rivoli seminary (Turin), in 1972 he was ordained as a priest by cardinal Michele Pellegrino, who assigned him the parish of ‘the street’, which became for don Ciotti and his Gruppo Abele a place not for teaching, but for learning.

In 1973 Gruppo Abele opened the first Centre for Drug Addicts, promoting a political and cultural battle against the criminalisation and marginalisation of those who consumed drugs, which led to the approval of Italian Law No. 685 (1975). However, don Ciotti’s attention was drawn to marginalisation in general, where he applied a special approach that was never just ‘solidarity’ but involved acceptance using cultural and political initiatives. Nowadays Gruppo Abele promotes over 50 activities: hospitality, mediation of conflict, social reintegration through labour; educational projects (in schools and families and with foreign minors); cultural initiatives (a publisher’s, a bookshop, two magazines, a study centre, and the ‘Street University’ to train operators). The group is active in fighting addictions (drugs and alcohol), trafficking of human beings and prostitution and cooperates internationally in the Ivory Coast and Mexico.

Convinced that only ‘we’ can bring about social change, in 1982 don Ciotti participated in forming the National Coordination of Hospitality Communities (CNCA) “which he chaired for ten years” and in 1986 took part in the foundation of the Italian League for the Battle against AIDS (LILA), to defend the rights of sieropositive people. In March 1991 he was nominated Guarantor at the Florence World Conference on AIDS, and in March 1995 he chaired the IV World Conference on reducing the harm done by drugs

After the assassinations at Capaci and Via d’Amelio in the summer of 1992, he founded ‘Narcomafie’, “a monthly magazine to inform about and analyse the Mafia and its political-economic spread” and in 1995 the ‘Libera’ Association, now a benchmark for over 1600 operators fighting the Mafia and corruption. In 1996 Libera collected one million signatures for approval of the law on the social use of confiscated Mafia assets, and it now supports a number of cooperatives that work the land once owned by the Mafia. In February and April 2009 don Ciotti was invited to take the experience of Libera to Mexico, a country afflicted with the violence of drug traffickers and corruption.

Libera’s activities aspire to weld together an educational dimension (courses in schools and conventions with 70% of Italian universities), a social one (labour cooperatives, services for the disenfranchised, work with the inmates of reformatories) and a cultural one (information, research and analysis). It is supported by the contributions and testimony of hundreds of victims’ families in schools and reformatories, and every 21 March promotes with them Memory Day, now recognised by the State. Libera’s network extends outside Italy: it has branches in Europe, Latin America, Africa, and Australia.

On 1 July 1998 don Ciotti received an Honoris Causa degree in Education Sciences from Bologna University, on 15 June 2006 one in Jurisprudence from Foggia University, and on 4 December 2014 one in Public and Corporate Communications from Milan’s State University.

MOTIVATION
“The Management Committee, with the unanimous consent of the Jury of the GAMBRINUS b “GIUSEPPE MAZZOTTI” Literary Prize, confers the 2018 Honoris Causa on Don Luigi Ciotti, for his passionate, tenacious and courageous commitment to helping the forgotten and the voiceless and bringing about cultural, social and ethical changes in an attempt to defeat any type of corruption, unlawfulness and injustice, and for the special attention he reserves for the protection of the environment and landscape, seriously threatened by pollution, uncontrolled urban development, illegal rubbish dumps, etc., all things that Giuseppe Mazzotti took to heart.

Born in the mountains of Cadore, much loved by Bepi Mazzotti, don Ciotti took a special interest in protecting the Alpine environment and fought for the institution of a National Park in the Marmarole and Sorapis Chain. He was also active in disseminating and promoting the principles that inspired the Pope’s recent encyclical ‘Laudato SC,’, making significant speeches at the 100th National Congress of the Italian Alpine Club held in Florence, and the 65th Trento Film Festival.“