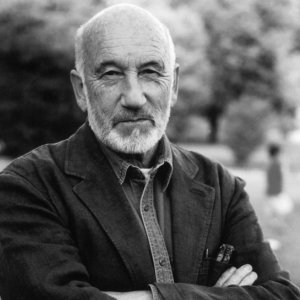 Gianni Berengo Gardin was born at Santa Margherita Ligure in 1930, but grew up and studied in his home town of Venice.  He worked in the tourist trade in Rome, Switzerland, Paris and Venice, and finally settled in Milan in 1965.

His interest in photography dates back to 1954; he became a member of the famous photography club ‘La Gondola’ and was invited by Italo Zannier to join the ‘Gruppo Friulano per una Nuova Fotografia’. Later, he and his friends founded the photography group ‘Il Ponte’.

His amateur photography achieved great success and many of his shots were published in the catalogues of important exhibitions and in specialist journals throughout the world.

He turned to professional photography in 1962, and, as Cesare Colombo wrote: “After an initial period of obligatory eclecticism Berengo Gardin decided to renounce easy money and the jet set atmosphere linked to the profession of fashion and advertising photographer.  Rather, he dedicated his work entirely to reportages for several publishers and magazines, to photographic narrative as social investigation, documentation of architecture, and description of the environment, much less remunerative and not much appreciated by Italian publishers, but richer in creative independence and closer to his way of conceiving and living life.”

Berengo Gardin’s first reportages were published from 1954 to 1965 by the weekly ‘Il Mondo’, edited at that time by Mario Pannunzio, who was a life and photography mentor for Berengo Gardin. Since then he has worked for the main illustrated press in Italy and abroad and published over one hundred photographic books.  He continues regular work with the Italian Touring Club, for which he has published several volumes about Italian regions and cities, and diverse European countries.

His pictures are displayed in the collections of several museums and cultural foundations, such as the New York Museum of Modern Art, Parma University’s Communications Study Centre and Archives, the Paris National Library, UNO’s New York HQ, Eastman House, Rochester, Photokina Cologne, the Montreal Expo, the Bejing National Art and Aesthetics Gallery, and Pisa University Institute of the History of Art, to mention just some.

He has also held over 300 personal exhibitiions in Italy and abroad, the most recent of which in 2016 at the Rome PalaExpo.

Berengo Gardin has received numerous, prestigious awards, including the New York Lucie Award for his career, in acknowledgement of his merits as a photographer.

In May 2009 Milan State University awarded him an Honoris Causa degree in the History of Art Criticism.

“Acting upon the indication of the Jury, the Association’s Management Committee has awarded the 1989 HONORIS CAUSA to Gianni Berengo Gardin, master of photographic art and exploration in Italy and Europe, including his beautiful book “THE ISLANDS OF THE VENICE LAGOON – AN UNEXPLORED UNIVERSE”, published by L’Altra riva”