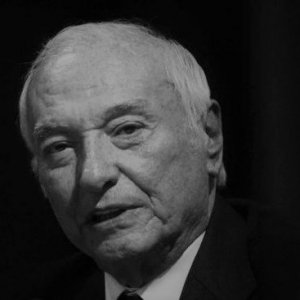 Piero Angela was born in 1928 in Turin, where he attended grammar school and studied piano at the same time.  His passion was jazz and he became part of several formations, playing together with important successful names. He stopped his professional musical activities when he started working for Radio Televisione Italiana (RAI), initially as a reporter working with the Radio News programme.  From 1954, with the advent of television, Piero Angela worked for the TV News programme as a correspondent, first from Paris and then from Brussels.  He and Andrea Barbato presented the first edition of the 1.30 p.m. TV News and in 1976 he became the first anchorman of TG2, the Channel 2 News programme.

At the end of 1968 he began dedicating his time to documentaries with a series dedicated to the Apollo Project, which dealt with the stages leading up to the first astronauts on the moon; this was when he introduced the theme music “Bach’s Air on the 4 String” that has accompanied and distinguished all his series since.  Angela began his programmes to divulge scientific knowledge at the beginning of the 1970s.

The Quark series began in 1981 as a programme with an innovative formula aimed at offering the largest audience possible information about science and research, also using David Attenborough’s BBC documentaries and introducing innovative methods, such as explanations in the studio or cartoons animated by Bruno Bozzetto, in order to make even difficult concepts and subjects more accessible and easy to understand.  Other productions were based on the Quark format – approximately fifty documentaries produced by Italian authors, dealing with nature, the environment, exploration, and animals, some produced together with his son Alberto. Angela was also the author and presenter of the first programme of science popularisation that once a week occupied the entire prime time slot of RAI’s channel 1.

In 1986 he began to write and appear in important televised events and productions. One from the Turin Palazzetto dello Sport, with a live audience of eight thousand, on climate, atmosphere and oceans; three TV series produced using new computerised graphics: journeys through the human body, prehistory and space.  These, made with his son Alberto and translated into English, were sold to over forty European, American and Asian countries, including China and the Arab states.  Since 2000 Piero and Alberto Angela have written and presented Ulisse, a monographic TV series dedicated to historical and scientific discoveries.

Piero Angela does not limit his work to television; he also writes for newspapers and magazines and has written approximately thirty books, some of which translated into English, German and Spanish, with a circulation of over two and a half million copies.

He has received several prizes in Italy and abroad, for his outstanding activities to popularise science; in Paris he was awarded the United Nations’ prestigious Kalinga International Literary Award. He has also been honoured with four Honoris Causa degrees.

From 1983 (year of foundation) to 1994 he was a member of the Jury of the Gambrinus “Giuseppe Mazzotti” Literary Prize and as such took part in some of the conferences on Nature and the Environment promoted by the Prize.

“Journalist and writer, half a century’s activity has made him the most important science populariser, not only in Italy, but also in English, German and Spanish speaking countries.

His studies and research are described in over thirty books and a series of television programmes, including QUARK, the science feature programme he invented, which generated a series of spin-offs covering all human interests: nature, science, economics and all aspects of social life. In all these contexts, Piero Angela applies scientific rigour to carrying out his mission of communicator and ‘educator-trainer’.

Driven by instinctive curiosity and a thirst for knowledge that leads to understanding, he communicates every time he sees the opportunity and need for the community to comprehend.  He has brought these messages to us all and helped us take part in the world of give and take we share.

His participation for over ten years in the Jury of the Premio GAMBRINUS “GIUSEPPE MAZZOTTI” and the concurrent events promoted by the Association created a series of happy occasions in which we shared ideals and subjects in common with the ideas of Giuseppe Mazzotti and his work in education, with special attention to the young.  As his works, books and TV programmes are too many to list here, we think it is significant to mention the Kalinga International Literary Award conferred on him by UNESCO for science popularisation.

A further, very special, merit of Piero Angela, which is becoming ever less frequent – and this ‘Honoris Causa’ wishes to underline the fact – is his courtesy, marked by great respect for his interlocutor: highly educational, in his delicate role this defines a way of thinking and approaching others that generate a desire to encounter his ideas and appreciation of his willingness to be at people’s disposal to discuss them together.”