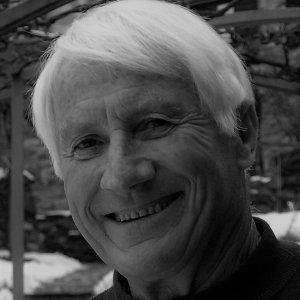 Walter Bonatti was born at Bergamo in 1930. In his youth he practiced extreme alpinism, starting his first ascents in the Lombardy Prealps. At just 19 years old he decided to climb the most difficult routes in the world; from then on his life was a chain of the most difficult mountaineering feats, often on the razor’s edge of uncertainty and emotions, at times achieved almost dramatically.

His most significant triumphs moved the limits beyond what was considered humanly possible at the time: the east face of Grand Capucin (1951); the north faces of the Cime di Lavaredo in winter (1953); a bivouac at over 8100 m on K2 (1954); a solitary ascent of the Pilastro del Dru (1955); crossing the Alps on skis, from the Alpi Giulie to the Alpi Marittime (1956); the first ascent of Gasherbrum IVB0 7980 mt. (1958); the north face of the Grandes Jorasses in winter(1963); a solitary, direct ascent of the north face of the Matterhorn in winter (1965). Hundreds of other great ascents in Europe and the world form part of his long classic climbing career.

In 1965, Bonatti abandoned extreme alpinism to devote his time to exploration and adventure in the world’s harshest regions, as correspondent for the weekly magazine Epoca. His photo reporting earned him the 1971 and 1973 ‘Die Goldene Brende’ Awards and an American trophy ‘The Giants of Adventure – 1971’ promoted by the New York Argosy magazine.  He is also the author of a number of highly successful books.

He has received numerous important Italian and international acknowledgements: The Italian Republic’s Gold medal for Civil Valour; the Council of Europe’s Gold medal; Gran Prix of the Académie des Sports, Paris; Italian Gold medal for Sporting Valour.  In 2000 he was honoured with the rank of Officer of the Order of the Légion d’Honneur by President Chirac.

The Management Committee of the Association “Premio Letterario Giuseppe Mazzotti” and the Jury of the GAMBRINUS “GIUSEPPE MAZZOTTI” Literary Prize, have decided unanimously to assign its b ‘Honoris Causa’ to Walter Bonatti, with the following motivation:

“The last of the great classical alpinists who climbed peaks intact since the beginning of time.  A solitary climber who spent long, horrifying days surrounded by ice and howling silence to climb mountains so high and far away they were often invisible, hidden in the clouds.  The East face of Grand Capucin, the Aiguille du Dru, the North face of the Matterhorn, the magic mysterious Hymalayan peaks of Ghaserbrun IV, and the over 8000m of K2, where he carried oxygen tanks on his back for the roped party ahead of him, who did not heed his calls, and the long descent along one of the highest ice ridges in the world.

He has crossed the South Pole on foot, not to mention other remote, unexplored places, remaining that pure, courageous young man undaunted by immense solitude and soaring peaks. At those great heights, in the icy Hymalayan deserts, he found the spirit of the great Hymalayan poet Milarepa, whose verses seem to have been written for our hero: “In the solitary mountains, among the stones, there is a strange market.  You can barter life’s whirlwinds for boundless beatitude”.  That strange market awaited him in the high places where the Bible tells us God is present, and rewarded him.

All his crystal-clear, courageous life is there in his books that lead us through unforgettable moments: thank you Walter, for everything you have given us”.