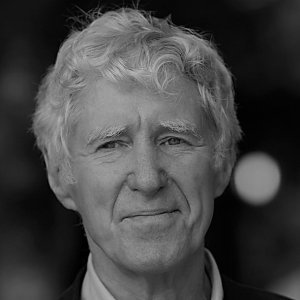 The Worldwatch Institute, founded in 1974 by Lester Brown and financed by the Rockefeller Brothers Fund is a private not-for-profit organisation dedicated to research into global environmental issues.  In 1984, ten years from its foundation, Brown published the famous reports on the state of the world, annual analyses that became the ‘bible’ of the world environmental movement.  Translated into all the planet’s main languages, the State of the World publications achieved semi-official status.

Lester R. Brown, considered “one of the world’s most influential thinkers”, began his career growing tomatoes in southern New Jersey, together with his brother.  In 1955 he graduated in Agricultural Sciences from Rutgers University and moved to rural India for six months.

In 1959 he started work as an international analyst for the American Department of Agriculture, took a Master degree in Agricultural Economics at Maryland University and a Master in Public Administration at Harvard.  In 1964 he became an adviser on foreign agricultural policy to the US Secretary of Agriculture Orville Freeman.  Two years later the Secretary appointed him Administrator of the Department’s International Agricultural Development Service, but in 1969 he left government to help James Grant, a former UNICEF officer, in establishing the Overseas Development Council.

Since its foundation in 1974, the Worldwatch Institute has published articles, reviews, year books and books analysing world environmental issues, making the general public aware of the dramatic situation in our times.

Brown is the recipient of many prizes and awards, including 25 honorary degrees, a MacArthur Fellowship, the 1987 United Nations Environment Prize, the 1989 World Wide Fund for Nature Gold Medal, and the 1994 Blue Planet Prize for his “exceptional contributions to solving global environmental problems.” In 1998 he was included in the Audubon Society’s ‘100 Champions of Conservation’ and 2012 was inducted into the Kyoto Earth Hall of Fame.

“The Prize Jury and the Association’s Management Committee unanimously assigned the 1999 Honoris Causa to the Washington WORLDWATCH INSTITUTE, founded and run by Lester Brown, with the motivation: for the Earth’s punctual check-ups, published in the most qualified year book on the state of the environment worldwide, a tool for the scientific analysis necessary to redesign a new sustainable economy, used by teachers, economists and political leaders. We also applaud EDIZIONI AMBIENTE for publishing the Italian edition, edited by Gianfranco Bologna.”