You are here: Home / The Jury

Seven distinguished judges from different backgrounds but with a common denominator in their lives dedicated to culture.

They are appointed by the Association’s Management Committee and for each edition the members elect their chairperson from those who have been on the panel for at least one year. 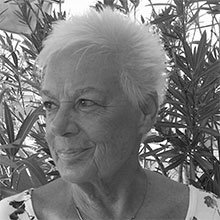 Born in Venice, Loredana Capuis now lives in Padua. A graduate in Archaeology, she was a lecturer in “Pre-Roman Civilisation in Italy” and “Protohistory of the Triveneto Region” at Padua University from 1986 to 2007.  Her scientific activity is concentrated around the civilisation of the Ancient Veneto people, particularly the study of burial grounds and funeral rites, as well as religious manifestations and the socio-political role played by religious centres in towns and the territory. She has dedicated over a hundred publications to these subjects, taken part in national and international conferences and participated actively in exhibitions and cultural events. Her work “I Veneti. Società e cultura di un popolo dell’Italia preromana” won the 1993 edition of the Gambrinus “Giuseppe Mazzotti” Prize.
Ordinary member of the Italian Institute for Etruscan and Italic Studies, she is also an active partner in the Padua Galilean Academy of Science, Literature and Art, and honorary member of the Veneto Institute of Science, Literature and Art. 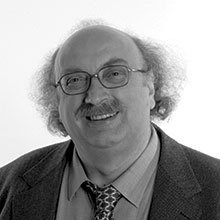 Salvatore Giannella is a former editor of the magazines Europeo and Genius, and from 1986 to 1994 of Airone, a monthly magazine dealing with nature and civilisation. He edited the culture and science pages of the weekly Oggi, and from 2012 to 2017 the “My Heroes” column of Sette, the historic magazine attached to Corriere della Sera (a selection of his interviews has been collected by Minerva Publishing in the book “In viaggio con i maestri”, 2018). For Chiarelettere he published “Voglia di cambiare”, about excellence in Europe, and “Operazione Salvataggio”, dedicated to the unsung heroes who saved works of art from wars. In 2017 BookTime issued his ‘Guida ai paesi dipinti di Lombardia’, with a preface by Flavio Caroli. He has written scripts for docufilms for the RAI programme “La storia siamo noi” and edited books for Tonino Guerra (“La valle del Kamasutra” and “Polvere di sole”, Bompiani) and Enzo Biagi (“Consigli per un paese normale”, Rizzoli). It was his idea to set up the Montefeltro Premio Rotondi to be awarded to those who have saved works of art, now at its 21st edition, as well as the small but significant MAio museum just outside Milan (dedicated to the 1,643 cultural treasures taken from Italy during the second World War and still prisoners of war). Art, science and positive stories are the subjects he deals with On his pioneering blog “Gianella Channel”. 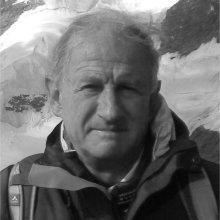 Climber, geologist, freelance journalist, writer and artist, Alessandro Giorgetta has dedicated most of his life and profession to mountain culture and the Italian Alpine Club (CAI). He is the author of guides, monographs and biographies, as well as translator and editor for several Italian and foreign publishers that deal with the world of mountains and art. Former director of the central organisation of the CAI, and editor and art director of the Club’s magazine for 23 years, Giorgetta is now editorial director of all its publications. He has held several positions during his long service with the CAI, and arranged international conferences on ‘The Future of the Alps’ and the rules of self-regulation for those who frequent the mountains, ‘Tavole di Courmayeur’. He helped to organise and assist the Italian expedition to Lhotse, was responsible for CAI communications and public relations, acted as secretary and coordinator of the events marking the 150th anniversary of the Club’s foundation and served as a member of the Trento Film Festival committee. 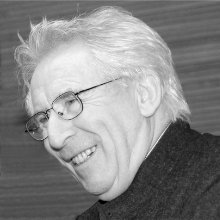 Born at Treviso in 1936 and studied Architecture in Venice in the late 1950s. From 1960 to 1987 he acquired experience in several fields, including politics and culture, teaching in all grades of school and at university, while practising his profession as an architect and city planner. He was director of the Benetton Study and Research Foundation from 1987 to 2009, pursuing the objective of building an international centre for the study of the landscape; a place in which to meet and work on the form and life of places, complete with documentation, research facilities, experiments and publications, open to exchanges and comparison and aimed at the arduous task of educating. Since 2009 alongside his studies he has created practical projects for the care of places, on two connected fronts: on the one hand designing and implementing projects in public and private open spaces, in cities and far away from cities, and on the other taking part in the experiences of small communities seeking to re-invent their microcosm as a common good. 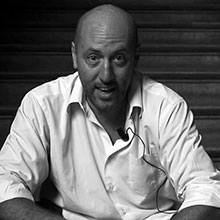 Historian and author, Vanoli graduated from Bologna in History of Medieval Philosophy and earned his MA in European Social History at Venice Cà Foscari University. From 2002 to 2012 he taught at Bologna University – and for a short time at the Milan State University – specialising in History of the Mediterranean and working on the History of Arab Medicine and the presence of Islam in Sicily. Since 2008 he has been working with the Buenos Aires Universidad de Tres de Febrero, Mexico City UNAM and Pennsylvania University, on studies regarding the relationship between the Mediterranean the Atlantic. Since 2012 he has been writing essays and taking an interest in communicating and disseminating information, in collaboration with cultural festivals and the Il Mulino publishing house. In 2015 Vanoli published “Quando guidavano le stelle”, followed by “L’ignoto davanti a noi”, which won the 2018 Gambrinus “Giuseppe Mazzotti” Literary Prize in the “Exploration – Journeys” section. 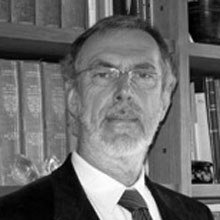 Professor of Ecology and Territorial Planning at Padua University, his research projects and teaching are addressed to the mountains, landscape and protection of natural resources.  He has dedicated around two hundred publications to these subjects, including books and articles.  His appointments have covered Director of the Padua University Department of Territory and Agriculture-Forestry, Director of the Ecology Laboratory run by the San Vito di Cadore Alpine Environment Centre, coordinator of Doctorates in Ecology and then of the Padua University Ecology Doctorate School.  He has also acted as Area Representative (Science, Agricultural and Veterinary Sciences) on the university panel of Research Doctorates and has held refresher courses for journalists and Ecology courses in the San Vito di Cadore Laboratory.  He has been a member of numerous national and regional technical and scientific committees, including the one that achieved inclusion of the Dolomites in the UNESCO World Heritage Sites.  His work also includes the drawing up of plans for the management of national and regional parks and other types of protected areas. 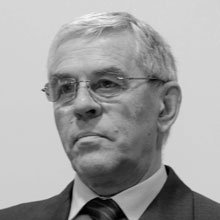 Hailing from Dosolédo di Comélico Superiore, he is a climber and writer who is an honorary member of the Italian Alpine Club (CAI) and part of its Academy. Editor of the Alpine Club’s national publications for 16 years and of Le Dolomiti Bellunesi for 30, he has written several mountain guides and important books about the history of climbing in the Eastern Dolomites. He is also a past president of the Trento Film Festival. In his climbing career he has repeated many climbing routes and opened numerous new routes in the Dolomites, as well as in Karakorum and on the Siberian Altai, and has taken part in twelve climbing expeditions in Central Asia, Africa, India, Nepal, Pakistan, Siberia and South America, as expedition leader in some of them. His achievements also include many high altitude treks: the Himalayas (round the 8000m elevations of Nepal), the Karakorum, Altai, Tien Shan, Tibet, Ladakh and the High Atlas.