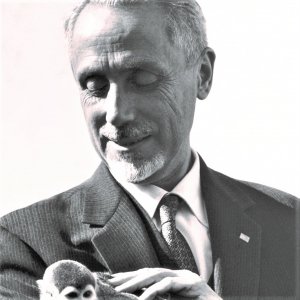 Born at Vado Ligure on 9 October 1918, Mario Pavan’s family moved to Brescia when he was two years old.  At the turn of WW II he explored and described many caves in the province of Brescia.  He met and worked with the French experts in speleology and bio-speleology Norbert Casteret and René Jeannel. In 1943 he graduated in Natural Sciences from Pavia University, where went on to teach as professor of Entomology and founded its Institute of Entomology in 1964. His discoveries in the field of animal poisons and chemical secretions of arthropods generated new branches of intense scientific research by numerous scientists throughout the world: he isolated and examined at least 15 biologically active substances, first and foremost Pederin, which was adopted in African and American therapies for allieviating bedsores and different types of ulcers.

In the 1950s he began his work with the Italian State Forestry Commission, initially providing scientific support for special projects, such as the transfer of ant hills from the Prealps to the Pavia Appennines and the battle against tree-damaging insects: the results of his studies were acknowledged by the International Biological Pest Control Organisation (OILB). Through his work with the Forestry Commission, he came to know the territory well, and also saw with his own eyes the fragile state of ecosystems exposed to a host of risks due to neglect, pollution and speculation. This experience led Pavan to direct his research and committment towards environmental problems in Italy and abroad.  With the support of Pavia University, he acted as consultant to the parliamentary committees that led to the law on State Natural Reserves: this was a new territorial management policy that created 250 State and Regional Natural Reserves in Italy.  Italy was awarded the rarely assigned, much sought after European Diploma by the 21 nations of the Council of Europe, for the first Natural Reserve, at Sasso Fratino in the state-owned forests of Casentino, proposed and created by Pavan.  Over a period of roughly 20 years he was often called on by foreign countries to create over 300 natural reserves, which include the Andes Paramo National Park, Ecuador and the Jubaland National Park, Somalia.

His long service on the Council of Europe, where he chaired the European Committee for the Safeguarding of Nature and Natural Resources, helped member states to adopt significant initiatives for protecting the environment and set up a European network of Biogenetic Reserves.

Recognising his total dedication to the serious problems involving the world’s natural environment and his many prestigious Italian and international roles, in 1987 Mario Pavan was appointed Minister of the Environment in the Fanfani government: he published a fully documented report on his ministerial activities.

Internationally renowned entomologist and ecologist, Mario Pavan, a professor at Pavia University, represents a rare, positive example of the tutor and researcher who, without ever abandoning the innate curiosity of the naturalist, went beyond his confines to work in the complex social world, bringing the voice of competence to politics and international organisations.  His activities as a ‘non-politician in the world of politics’, culminated in his recent appointment as Minister of the Environment, to which he has offered his contribution of culture and dedication to his work.

Mario Pavan has studied and explored all the continents and oceans, produced ten books and hundreds of scientific papers, all essential to knowing and managing territorial ecology. A victorious warrior in many battles to safeguard Nature, he has acted with the State Forestry Commission to set up natural reserves, the start of a new policy for territorial management that has led to 250 State and Regional Natural Reserves in Italy.  Italy was awarded the rarely assigned, much desired, European Diploma by the 21 nations of the Council of Europe for the Sasso Fratino Natural Reserve, proposed and created by him.

By assigning him the ‘Honoris Causa’ for his opera omnia, the Jury intends to honour the exemplary life of a scientist who never retreated into his ivory tower.  The Premio Management Committee and Jury, together with his friends and the Veneto people, greet Mario Pavan, whose ancestors hailed from the province of Treviso.